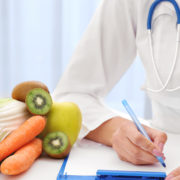 In addition to the overweight and obesity problems, some people face another problem: undernutrition. The data show that from 2010 to 2012, the adult malnutrition rate in China was 6%; in 2013, the growth retardation rate of children under 5 years old was 8.1%, and the anemia rate of pregnant women, children and the elderly was still high, calcium, iron, vitamin A, micronutrient deficiencies such as vitamin D still exist, and dietary fibre intake is obviously insufficient.

The government document puts forward the overall goal of the Healthy China Action to 2022 and 2030 and clearly implements 15 special actions. One of the special diet actions is one. Three reductions (salt reduction, oil reduction, and sugar reduction) are the focus of a reasonable diet. The document clearly sets out the goal of three reductions: By 2030, the average daily salt intake of Chinese people should not exceed 5 grams, and the daily intake of edible oil for adults should not exceed 25-30 grams. The amount does not exceed 25 grams.

It is worth mentioning that the action clearly proposes to promote the use of healthy “small three pieces” (a limited salt spoon, a limited oil pot and a healthy waist ruler) to increase the household penetration rate and encourage professional industry organizations to guide the correct use of the family.

In terms of reducing sugar, the action is particularly pointed out, the government should speed up research and development standards to limit the production and sales of high-sugar foods.

In view of the problem of excessive intake of sugar in children, the action is also clear. It is necessary to research and formulate a limited guide for the addition of sucrose in Chinese children as soon as possible, and advocate the substitution of natural sweet substances and sweetener drinks.

In the action announced this time, it is also proposed to formulate the implementation of the nutritionist system. Nutritionists are provided in collective feeding units such as kindergartens, schools, old-age institutions, hospitals, etc., and nutrition instructors are provided in the community.