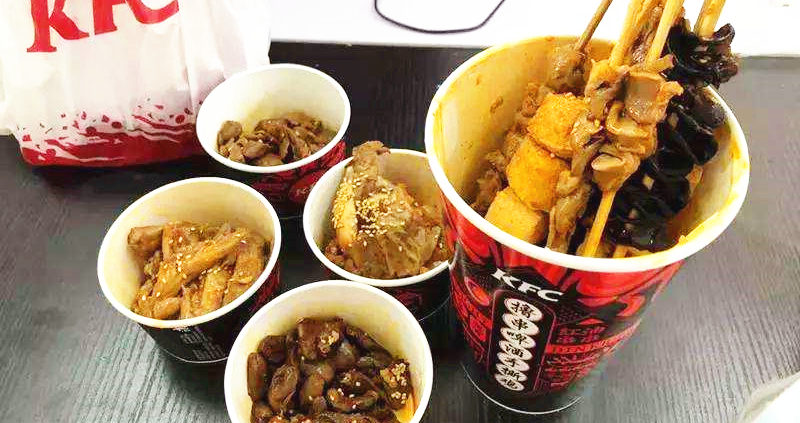 KFC recently launched “Chuan chuan” and Lu Wei in China. “Chuan chuan” is a spicy snack that Chinese people like very much. It originated from the spicy kingdom of Sichuan Province, the hometown of giant pandas.

The Chuan chuan series of 59 yuan (A$12.21) / barrel, a total of 12 skewers, including 8 skewers of chicken and cattle organs, as well as 2 skewers of fungus and 2 skewers of oil tofu.

The Lu Wei series includes fragrant wing tips, chicken hearts, chicken giblets, and shredded chicken. The average price is about 14 yuan (A$2.90). The price of the two series is slightly higher than the similar products on the market, the quality of the ingredients is excellent, the packaging is exquisite, and the delivery is fast.

The catering professionals believe that KFC’s choice of skewers and Lu Wei as new products is not only a focus on the Chinese night market with great potential, but also a further deepening of the brand’s integration into China. These two categories are more down-to-earth and younger, and are a strong category of food and beverage subdivisions, and are suitable for standardized production of chain brands, which is convenient for quality control.

Chuan chuan and Lu Wei are important categories of night snacks. According to a report from the Ministry of Commerce of China, 60% of consumption occurs at night in China. According to data released by the China Cuisine Association, more than 60% of Chinese consumers eat at least 1 to 2 night snacks per week, and only 20% of consumers have no habit of eating night snacks. The growth rate of night-end take-away orders is gradually higher than that of dinner, which has become an important growth point for take-away consumption. KFC launched the series of new products in China and has already prepared to establish an independent supply system, which is aimed at the market with huge consumption potential. 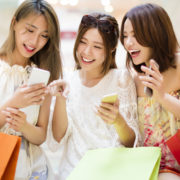 In the next 10 years, Chinese need healthier food and more nutritionists
Scroll to top